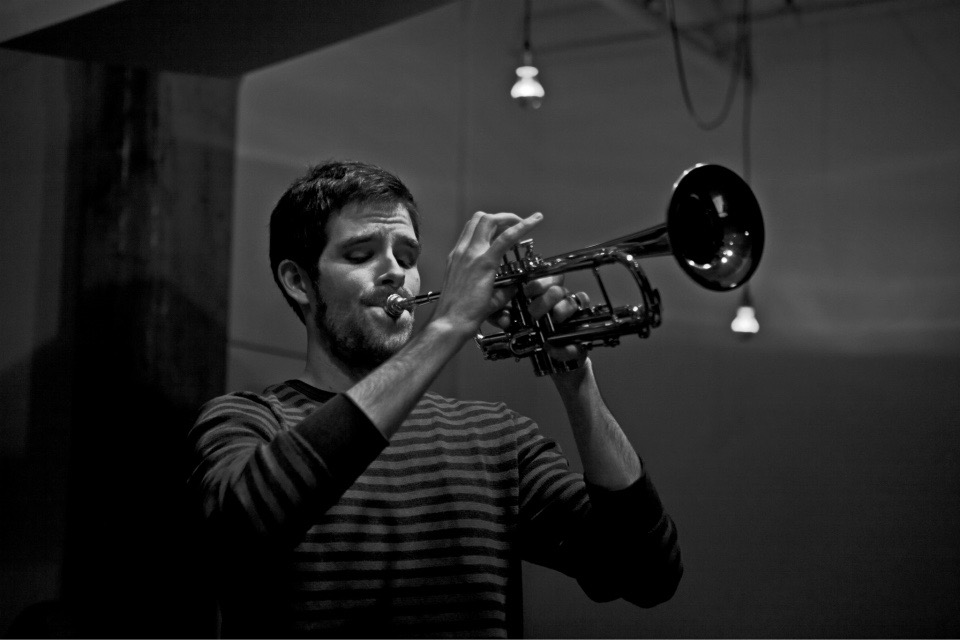 Inspired by the love poetry of Greek poetess Sappho written some two and a half millennia ago New York based trumpeter Matt Holman has produced The Tenth Muse consisting of 16 fragments. Each piece is titled fragment nnnx where nnn is a number between 4 and 168 and x where populated is the letter a,b or c. The accompanying liner notes have snippets of Sappho’s poetry relating to each fragment – for example track 8 fragment 168b reads –
Moon has set and Pleades: middle night, the hour goes by, alone I lie.
Every fourth piece is a solo improvisation (120,67a,34 and 18) one for each band member which segment the other fragments up cleverly. Holman’s stark trumpet tends to dominate proceedings although, the entire album is wonderfully augmented by the collaboration of the other very fine instrumentalists. Some of the harmonies are indeed glorious. There is a certain haunting dreamy moodiness which pervades throughout with occasional lightness provided by Chris Dingham on vibes and Bobby Avey on piano whilst Sadigursky, playing an assortment of instruments, adds both variety and intrigue.
All in all a highly charged, melodic, deep atmospheric listen. One for pondering the meaning of life rather than one for dancing round the living room to.