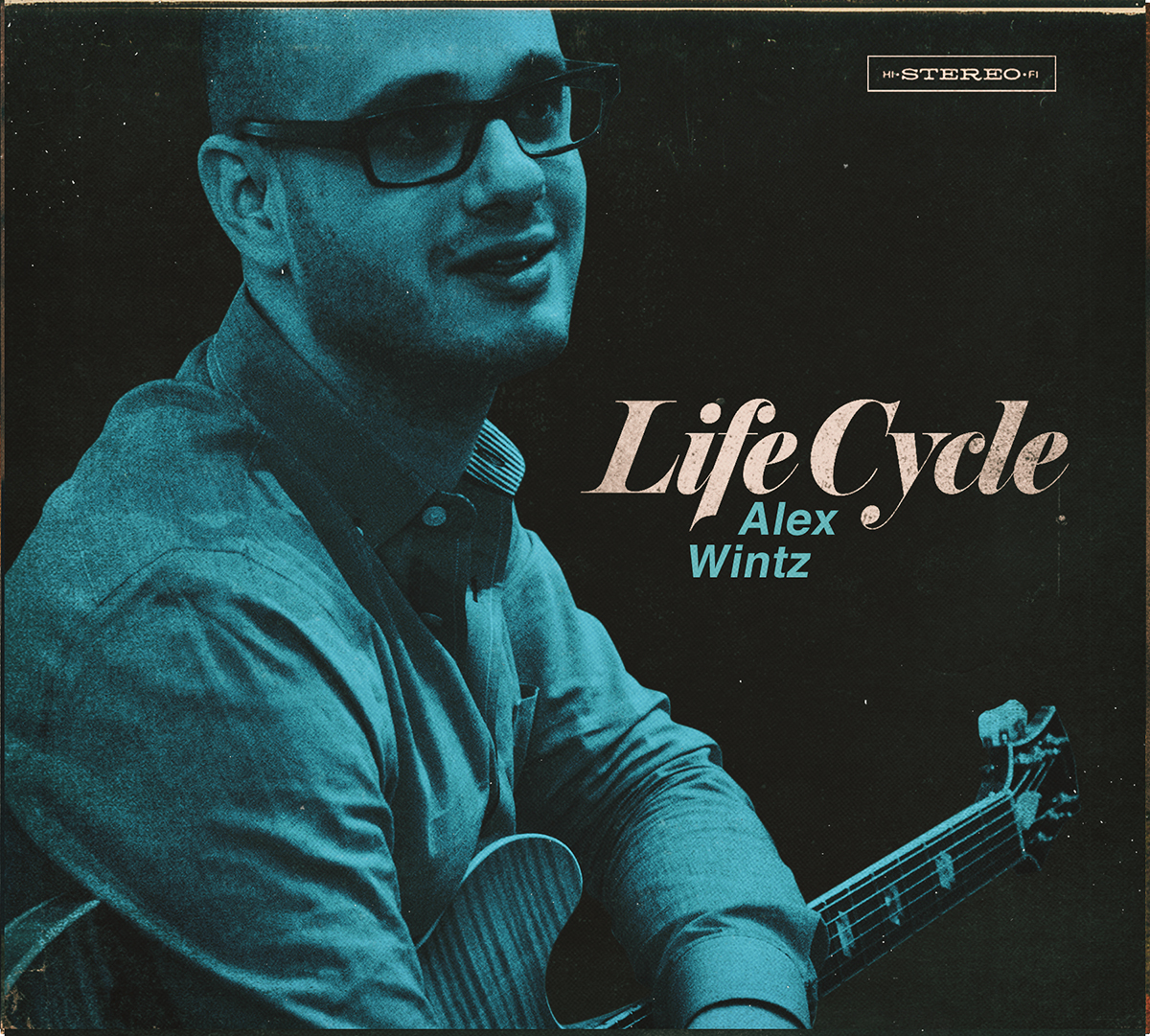 Whatever the setting, he brings the highest level of musicianship through his sound, technique and creativity. It is an honor to be a part of the debut of one of the most gifted young guitarists on the scene today.” – Ben Williams

“LifeCycle” is one of those records, I believe, people will be talking about for a long time”. – Lucas Pino

New York, NY – Culture Shock Music proudly announces the May 19 , 2017 release of “LifeCycle” the debut recording from guitarist-composer Alex Wintz. Co-produced by trumpeter and bandleader Etienne Charles, it is a journey into the creative mind of one of jazz’s most in-demand young guitarists. To celebrate the release, Wintz will be performing at four major venues in the New York City/Tri-state area, Smalls Jazz Club on May 17, Shanghai Jazz on May 19, Bar Next Door on May 20, and Rockwood Music Hall Stage 3 on May 21.

A resident of Brooklyn, New York and a graduate of both the Juilliard School and Berklee College of Music, Alex Wintz has honed an original voice on the guitar by embracing disparate genres of jazz and beyond into an authentic and organic fusion. Lauded as a frequent collaborator with groups such as Etienne Charles and Creole Soul, Ben Williams and Sound Effect, The Roxy Coss Quintet, and Peter and Will Anderson Trio he has spent the past decade maintaining a busy performance schedule, gracing the stage at some of the world’s most renowned clubs and festivals including the Monterey, Montreal, Montreux, Java Jazz, Newport, and Rochester Jazz Festivals.

“LifeCycle” combines Alex Wintz’s unique original compositions with a supporting cast that features some of jazz’s young all-stars. The final product being a singular musical statement that speaks directly to our times. This group of musicians includes some of Wintz’s closest musical collaborators, tenor saxophonist Lucas Pino, percussionist Jimmy MacBride, pianist Victor Gould, and bassists Dave Baron and Ben Williams. Like Alex Wintz, these artists owe great gratitude and respect to the masters of the music while keeping a keen eye toward the future.

The open-mindedness with which he pursues his career has created a distinctive musical universe which is now available to the world in this debut release. Known as an artist who brings a strong conviction to the musical proceedings, Wintz credits this in large part thanks to his exploration and embrace of numerous musical genres. The music on “LifeCycle” paints a picture of the joy, sorrow, and celebration in everyday life, conveying it in a way that reaches not just the average jazz listener but all those who appreciate honesty in music.

One of the most striking aspects of “LifeCycle” is Alex Wintz’s original compositions. Each piece varies greatly in mood and imagery from Warp Records-inspired drum and bass grooves (“Seeing Distance”), to raucous juke joints of the coast of South Carolina (“The Low Country”) and from Sigur Ros inspired soundscapes (“Locust Avenue”), to odd-meter ostinatos, harkening to Brad Mehldau and Miguel Zenon (“LifeCycle”).

In addition, Alex Wintz handpicked for “LifeCycle” two standards, “Sweet and Lovely” and “I Don’t Stand a Ghost of a Chance”, which are given their proper due thanks to Wintz’s drive and desire to properly pay homage to the masters of jazz artists who inspired him at a young age. These heroes to Wintz include legendary figures in the jazz idiom such as Wes Montgomery, Jim Hall, Kenny Dorham, and Ahmad Jamal to name a few.

The constant melding and shaping of new styles into a whole only happens successfully when it happens naturally, minute-by-minute, hour-by-hour, day-to-day. This is the vision of “LifeCycle”, to seek to be a musical testament to always being aware and awake to so much beauty and life that is around the human race, perpetually churning and evolving within us all.
Upcoming New York Shows: