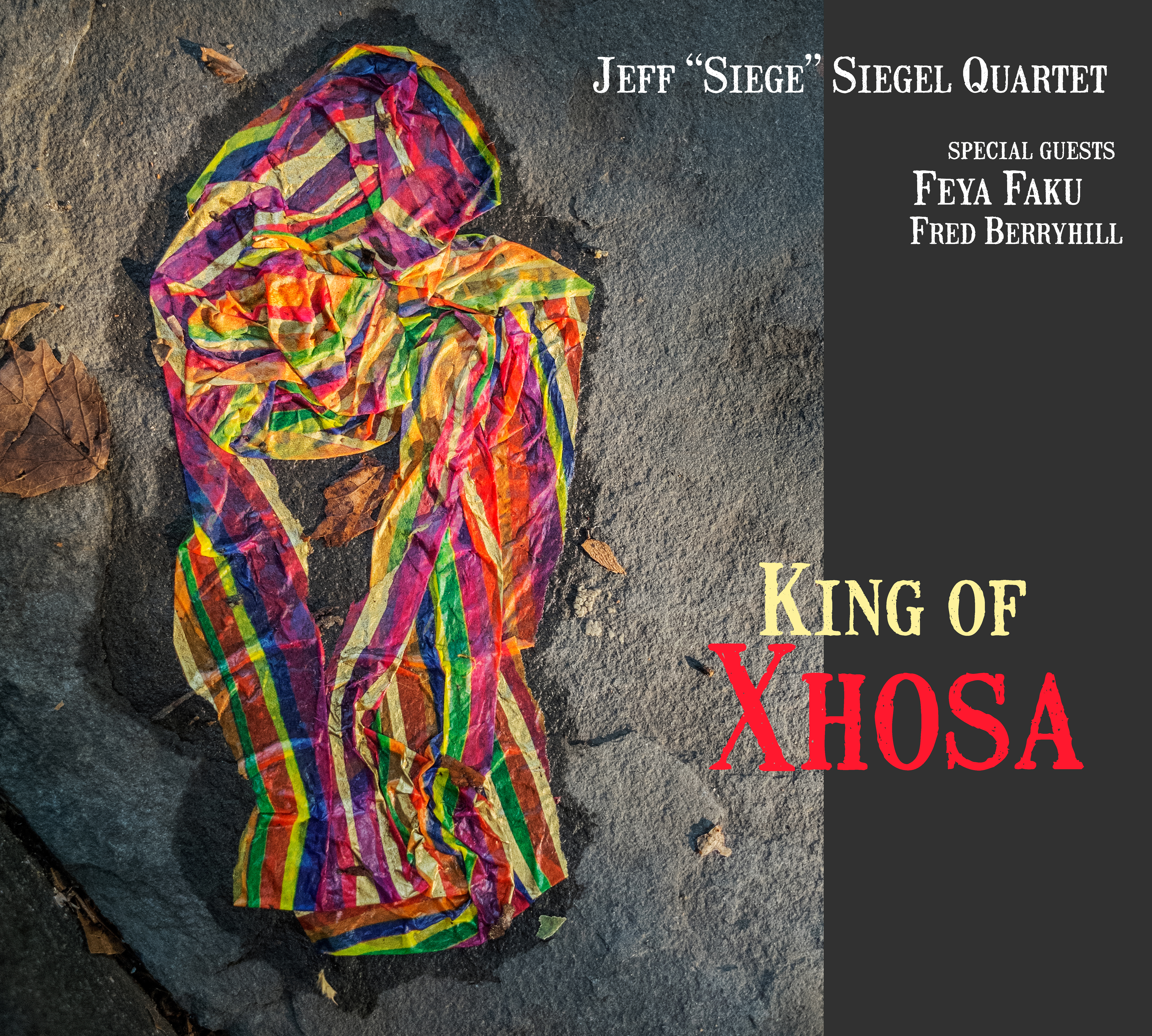 The people of the braid are the second largest in the Republic of South Africa, but in the team of musicians who recorded the album “The King of Xhosa,” it is represented by only one person. This is Feya Faku, a trumpeter and one of the most prominent representatives of jazz music in South Africa. Unlike such well-known South African jazzmen as Abdullah Ibrahim, Hugh Masakela or Bheki Mselek, Feya Faku has loudly declared himself in a country that has been freed from the apartheid system. He studied jazz at the University of Natal under the direction of Darius Brubeck, the son of a famous jazz musician. And then there were numerous performances at festivals at home and abroad, recording albums, touring in Europe (where, incidentally, he collaborated a lot with the well-known Dutch saxophonist Paul van Kemenada) and the US. During one of the American speeches, Feya met the baro-fan, composer and teacher Jeff “Siege” Siegel.

Siegel is one of the veterans of American jazz. He first announced himself in New York in the early 80’s. Jeff played in a variety of compositions, including with Sir Roland Hannah, performed on the same stage with many jazz celebrities, mostly mainstream, but also with the avant-garde as well and his own quartet has existed since the 90s. Hearing Faku’s game in 2014, Siegel caught on with the idea of ​​creating a joint project with this musician. The American’s subsequent trip to South Africa made the outlines of this project real. King Of Xhosa was released in January 2017.

In its creation, the musicians of the Siegel quartet, reinforced by two guests – Feya Faku and percussionist Fred Berryhill, participated. In the Siegel quartet, an important place is occupied by two ladies – tenor saxophonist Erica Lindsay and pianist Francesca Tanksli. Both are not only sophisticated performers, but also writers of a large part of the quartet’s repertoire. When meeting with King Of Xhosa I was especially pleased with a new meeting with Francesca, whose album Journey (2002) was once criticized in “Jazz-Square”. As for King Of Xhosa, the album already underlines the importance of the African theme in this music. True, one who makes this work a classic example of ethno-jazz is wrong. Actually the ethnician in explicit form, with a powerful expressive sound of percussion in four hands (Siegel and Berrihill), is present only in separate plays, like the introductory Totem with the characteristic Faku vocals in the language of the spit, Call To Spirits or Umngqungqo (Rhythm). In most cases, we are dealing with mainstream jazz, rich interesting post-bop music themes, rhythmic sophistication and beautiful combinations of voices among the musicians of the quartet and their South African guest. It is jazz, and not external exotics here in the first place. Compositions of the album belong to a variety of authors: there is also the music of Jeff Siegel himself, Lindsay, and Tanksley, but they are all built into an even and strong program, listening to which you understand that jazz really connects the peoples.