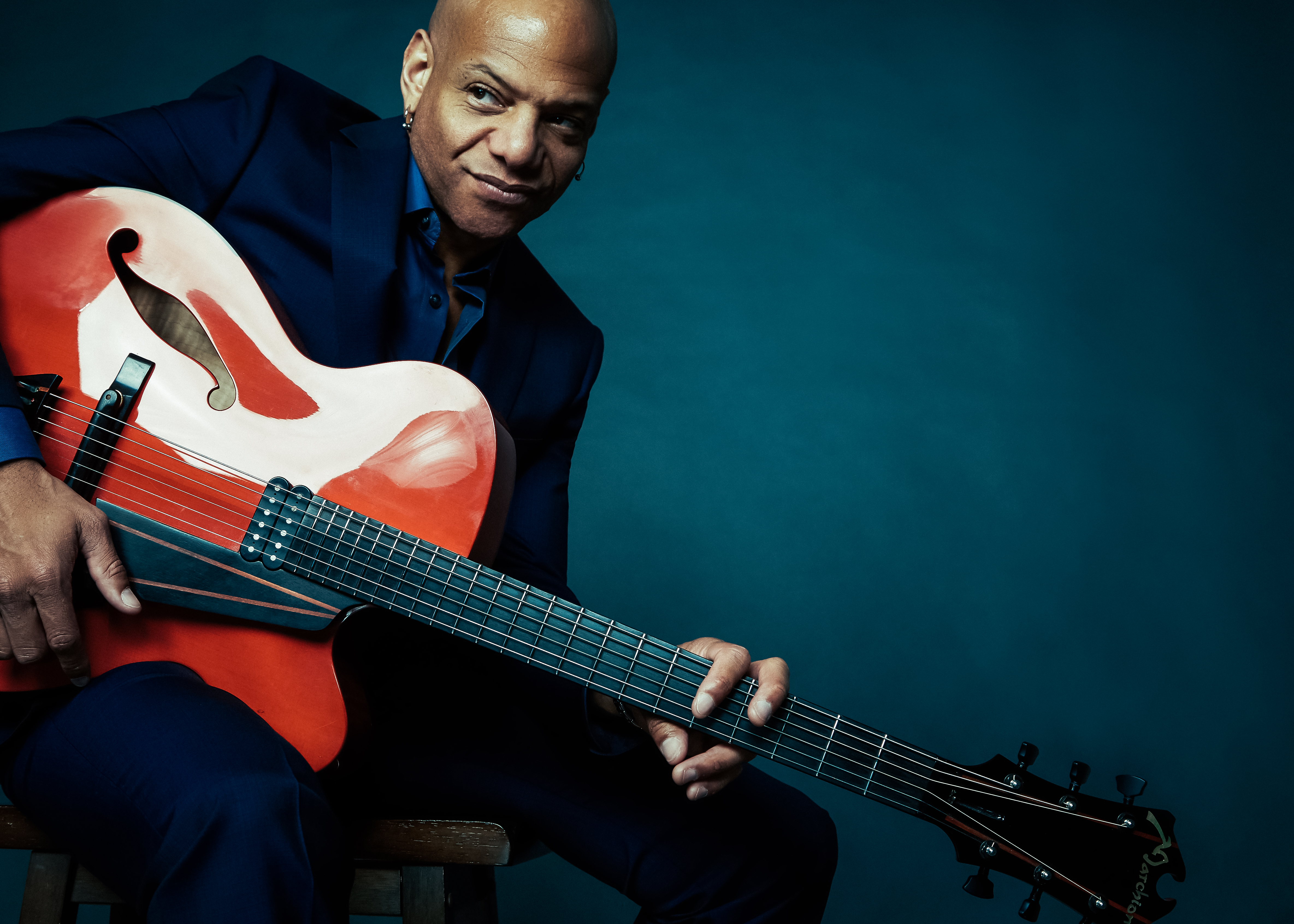 Join me Sunday, January 22 for Jazz Tones on Jazz 91.9 WCLK from 3:00 p.m. until 7:00 p.m. I will be interviewing Guitarist Mark Whitfield. Whitfield is a native of New Jersey who attended Boston’s prestigious Berklee College of Music. After graduation he did not waste anytime launching his career in Jazz. He has collaborated with many legendary artists including Dizzy Gillespie, Quincy Jones, Ray Charles, Carmen McRae, Gladys Knight, Art Blakey and Ray Charles.

In 1990 the New York Times dubbed Whitfield “The Best Young Guitarist in the Business.” Later that year he released his debut album The Marksman. That release was a success and subsequently has led to 14 solo recordings. His recent release Grace is a collaboration with his two sons Davis Whitfield on piano and keyboards and Mark Whitfield, Jr. on drums. Both sons graduated with honors from Berkelee College of Music. In 2005, Whitfield joined the faculty of his Alma Mater and has produced instructional guitar Jazz videos for students and admirers. Tune into Jazz Tones, Sundays from 3:00 p.m. until 7:00 p.m. to hear more of his music. Mark’s web page is markwhitfield.com