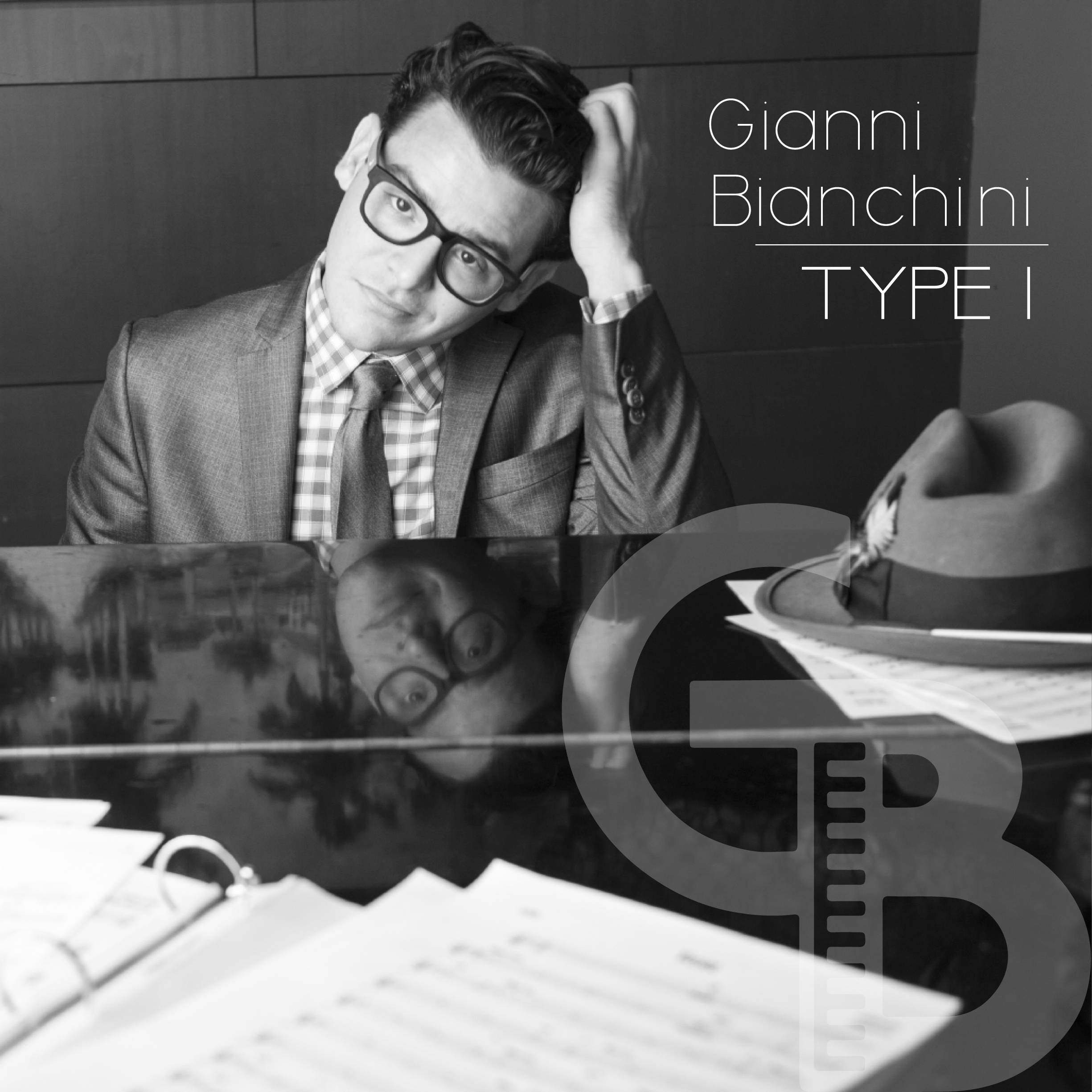 Respected jazz pianist, vocalist and organist Gianni Bianchini proudly announces the February 21 release of his highly-anticipated, debut album, ‘Type I’. Recorded in Austin, Texas, Gianni enlisted the esteemed stylings of NEA Jazz Master Jason Marsalis along with drummer Brandon Guerra and bassist Richard Mikel. In addition to the aforementioned, a guest appearance is made by vocalist Karen Tennison. This record features songs from the Great American Songbook genre but embodies characteristics from the modern piano trios of today.

Bianchini establishes this dexterous album as a collection of songs that have, in his own word, “the ability to encompass the tradition of this great American music and simultaneously push the boundaries for the next generation of jazz musicians”. Gianni continues to explain that his principal obligation to both his audience and his band is to simply make the music feel good.

“I want everyone who listens or plays my music to feel good and also to understand that this music is very much alive and growing”.

The Floridian native labelled his album, ‘Type I’ for two pertinent reasons; the first being that this is his debut and the first time he is presenting his music to the general public while the second is much more personal. A decade ago, Gianni was diagnosed with Type I Diabetes. This diagnosis has affected every aspect of his life, including his music. “Not only is this record a reminder to my music accomplishment, it is also a reminder to myself the everyday accomplishments that I have to undertake to fight this disease,” he says.

The 7th track of Bianchini’s album, his interpretation of Sigmund Romberg and Oscar Hammerstein II “Softly, as in a Morning Sunrise” can be heard here.

ABOUT DR. GIANNI BIANCHINI
Dr. Gianni Bianchini is considered one of the leading pianist, vocalist and organist in today’s jazz scene. He has played, recorded or studied with many of jazz’s prominent artists such as; Jason Marsalis, Arturo Sandoval, Joshua Redman, Jeff “Tain” Watts, John Scofield, Stefon Harris, Kenny Werner, Jean Michel-Pilc, Gil Goldstein, Ron McClure, Justin Faulkner, Ralph Lalama, Duffy Jackson, Kevin Marcus (Black Violin) and countless others from around the world. Throughout his education, Dr. Bianchini has had the opportunity to study at some of the most prestigious music schools in the world. He graduated magna cum laude with a Bachelor’s Degree from Berklee College of Music, a Master’s Degree from New York University, and a Doctorate in jazz piano performance from the University of Texas. Dr. Bianchini is currently on staff as a full professor of jazz piano at the Universidad de San Francisco de Quito, in Ecuador. Prior to accepting this position, Dr. Bianchini taught as a Teaching Assistant at the University of Texas and as an Adjunct Professor at New York University. In addition to teaching, Dr. Bianchini continues to perform with his piano trio, organ trio (GOT), and his quintet (The Quintini) across the globe.