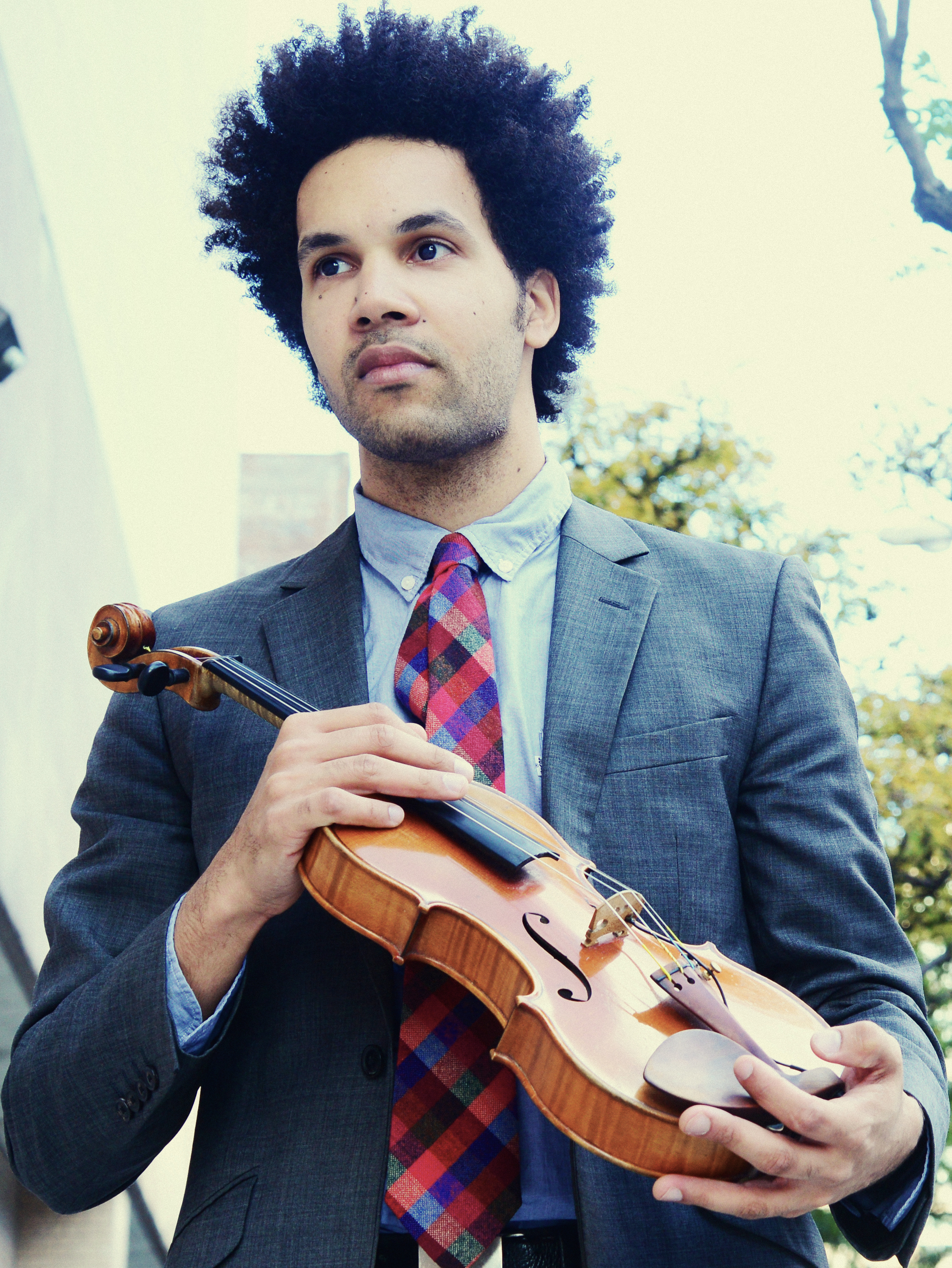 Scott Tixier Secures His Legacy
by Maxwell Heilman, The Chimes

With Miles Davis, Charlie Parker, Frank Sinatra and countless other musicians releasing legendary music since the genre’s beginning, even someone who knows nothing about jazz associates saxophones, trumpets and baritone singers with it. This provides violinist Scott Tixier automatic interest by playing his traditionally classical instrument through the lens of masterfully diverse jazz.

Although he garnered recent attention with several nominations, public appearances and sideman gigs, his compositional ventures were limited to 2012’s “Brooklyn Bazaar” until this past Friday with the release of “Cosmic Adventure.” Tixier’s sophomore effort as the sole composer excels in all the right ways, further solidifying him as a powerful force in both jazz and violin music.

Having existed much longer than many other popular forms of music, jazz has experienced countless reimaginings in terms of how people play it and what they choose to play it with. Although Tixier himself represents the latter, “Cosmic Adventure” features unique delivery in both ways.

A surprising amount of styles congregate in the tracklist, ranging from agile bebop to passionate gypsy jazz ballads. Tixier and his band take advantage of this broad palate, expressing themselves in many backdrops. Hearing his violin against Yvonnick Prene’s harmonica is strange enough, but hearing the combination over alluring Afro-Cuban or spontaneous crossover sends the record far beyond expectations. Indeed, the hard-swinging “Maze Walker” and the latin-tinged “Dig It” juxtapose ethnic percussion with an oddly fitting melodic duo, refusing to compromise yet winning listeners over through sheer musicality.

As a musician operating outside of expectations, Tixier knows when to highlight the nuances of his instrument and when to blend into the songs he wrote. His playing reaches striking heights during the exuberant “Mr Tix,” in which he uses the violin’s shrill tendencies to cut through the mix and provide a solo many musicians could only dream of. He also follows Chris Potter’s frantic saxophone lines in “Beam Me To Mars” to the point where uninitiated listeners might assume he is another brass player until he cuts loose with pitch shifts and note duration only possible on a string instrument.

In a similar way, Prene prevents his instrument from becoming a gimmick by carefully choosing when his instrument should shine. His playing is so unbelievably tight that he often sounds like a melodica, but his eccentricities surface in “Nil’s Landing,” with him exploiting the distinct tone his medium produces. The dialogues he and Tixier share and internalize allow for unique and dynamic interplay both as a duo and as individuals.

Drummer Justin Brown, pianist Glenn Zaleski and bassist Luques Curtis hold “Cosmic Adventure” together with effortless fortitude. Each musician brings their own flavor to the table while understanding their role within the band. Brown’s delicate bombast gives explosive fills and an incredible solo as easily as it does unwavering time and subtle fluctuations, while Curtis switches from breakneck hardbop to the perfect foundation for heart-throbbing ballad “Misty.” Their versatility is matched by Zaleski, who can fly over the keys and provide the perfect chord changes at the same time.

With a band supporting him wherever he decides to go musically, Scott Tixier’s visions come to vibrant and stimulating life. “Cosmic Adventure” is more than a collection of tunes by masterful players, but a true testament to his abilities as a soloist, a band leader and a composer.