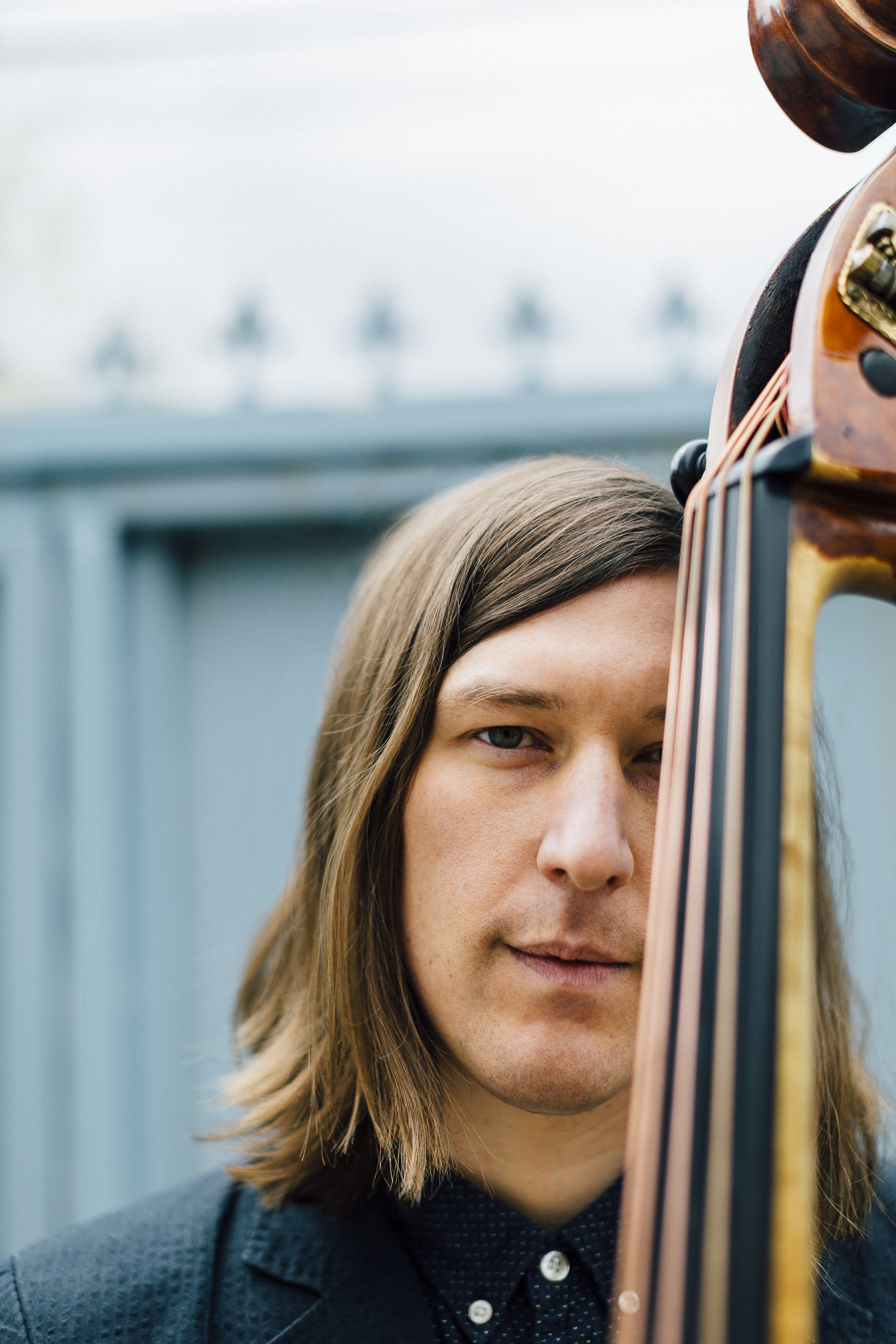 Prolific and earnest bassist/composer, Matt Ulery, helps to spearhead a musical movement of art and beauty emerging out of the vibrant, blossoming scene in Chicago with his 7th album, “Festival.”  Featuring his quintet (Loom) and an expanded 27-piece jazz orchestra (Loom/Large), this major work in three parts will be available on double vinyl, CD, and digital download formats on his own label, Woolgathering Records (WR-0003), October 4th, 2016.

Part 3 is something of a secular parade as Ulery transitions to tuba and Clearfield to pump organ as the quintet channels the spirit and emotions of social ritual and traditions.

Deeply acknowledging the lineage and legacy of jazz and American music, “Festival” celebrates the values a community recognizes as essential to its ideology, its social identity, and to its historical continuity and physical survival.

For a decade, Ulery has been the leader of his own groups and frequent collaborator based in Chicago. He has produced and released 6 previous albums of all original music as a leader including his three most recent releases of critical acclaim (Top 50 albums – NPR), “By a Little Light,” “Wake an Echo,” and “In the Ivory,” on Dave Douglas’s Greenleaf Music record label in 2012-2014.

Recently featured in Vanity Fair’s “Millenials Shaking Up the Jazz World,” Ulery recently contributed as a bassist/improviser on Makaya McCraven’s album, “In the Moment” (International Anthem), as string arranger on Wild Belle’s “Dreamland,” (Colombia Records), and has an on-going collaboration with the 4-time Grammy winning sextet, Eighth Blackbird.