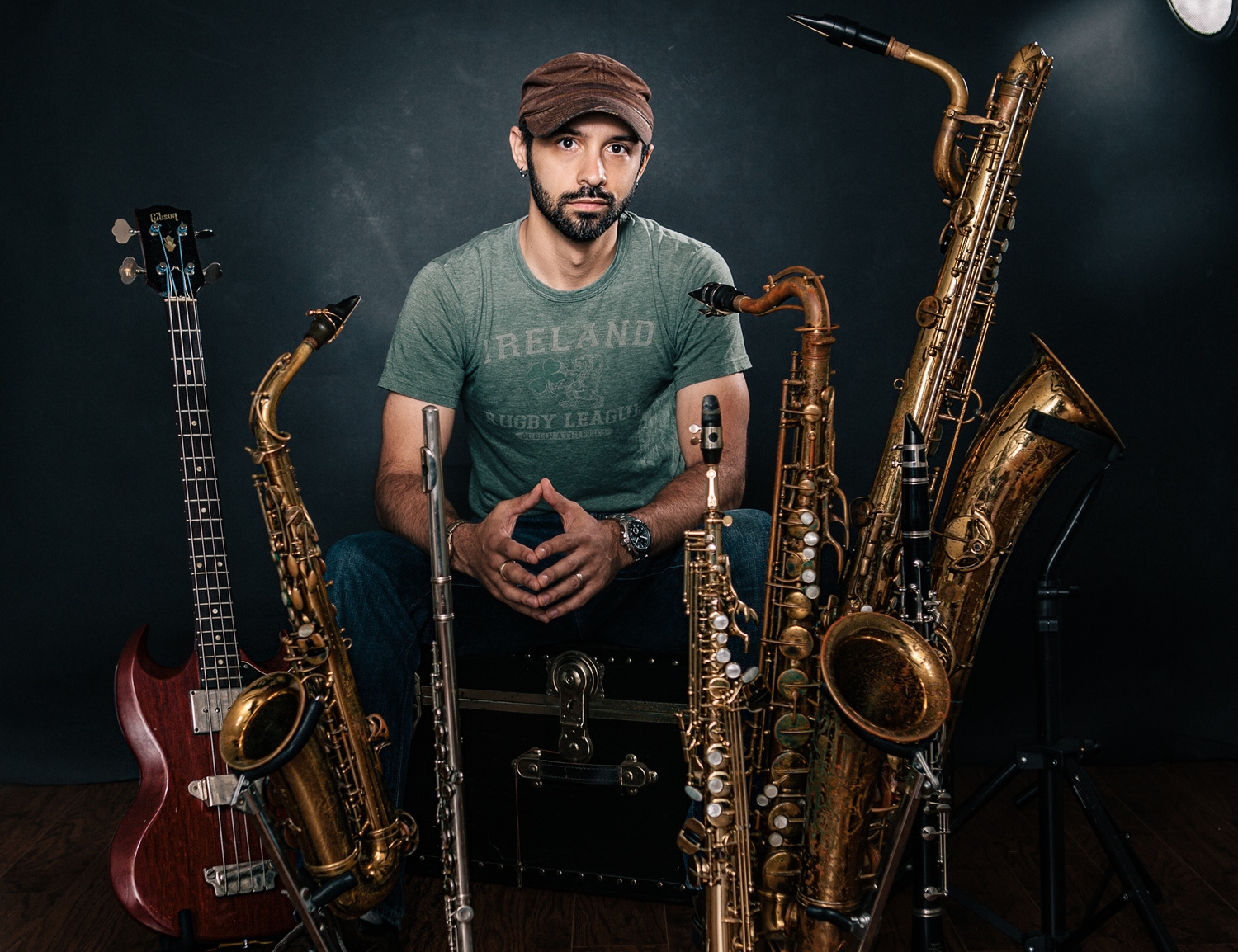 The Mighty, Intense Awakening Orchestra Sound the Alarm in Gowanus

Composer/conductor Kyle Saulnier’s twenty-piece Awakening Orchestra blend art-rock and classical music into their mighty big band jazz sound. They sound like no other group around: as the name implies, while they have the standard brass, reeds and rhythm section that you’d find in just about any other large jazz ensemble, Saulnier’s hefty arrangements drift toward the classical side. As a plus, a strong political awareness factors into his music. Economies of scale being what they are – they’re supported by the Midwest Composers Forum and its recording arm, Innova Records, one of the very few labels that still matter – the group rarely plays live. That’s why their upcoming show on July 14 at 7:30 PM at Shapeshifter Lab – where they’ll be continuing Saulnier’s ongoing 2016 election year-themed suite, a work in progress – is the place to be if powerful, enveloping sounds are your thing. As a bonus, eclectically tuneful pianist Fabian Almazan – who has a thing for Shostakovich – plays with his Rhizome ensemble afterward. Cover is $10.

The Awakening Orchestra’s most recent, 2014 debut release, Volume 1: This Is Not the Answer (streaming at Spotify) opens with Saulnier’s vampy, pulsing prelude and muted fanfare of sorts. From there they remind how aptly suited Radiohead songs are to mammoth orchestral interpretaiion, with a mighty version of Myxomatosis that uses the entire sonic spectrum, from towering heights to whispery lows; with a wispily mosterioso tenor sax solo from Samuel Ryder in the middle.

The epic The Words, They Fail to Come builds around the theme from the Samuel Barber Violin Concerto, an even mightier, dynamically shifting epic featuring a vividly uneasy, epic solo from baritone saxophonist Michael Gutauskas, handing off to trombonist Michael Buscarino, who finally slam-dunks it. Then the band thunders through an Olympic stadium-sized reinvention of the old jazz standard Alone Together, lit up by Michael McAllister’s searing guitar and Felipe Salles’ surrealistic tenor sax.

Saulnier’s original, Protest rises from horror atmospherics, through an insistent, powerful pulse, to a glittering Mulholland Drive noctural interlude and then a frantic coda where all hell breaks loose. The first cd ends with a bulky chamber-jazz arrangement of You Still Believe in Me, by Wilson and Asher, whoever they are.

The second disc opens with the Brahms Intermezzo Op. 118 No. 2, which Saulnier has arranged very cleverly to seem as if it’s a prototype for Angelo Badalamenti’s Twin Peaks theme. It’s not, but Saulner gets props for having the ears and ambiiton to connect the dots as far as they go, and them some. The orchestra follows with Saulnier’s four-part suite, This Is Not The Answer, opening as a suspenseful tone poem and then rising to a circular exchange of sheets of sound over the rhythm section, Rob Mosher’s warily bubbling and then hazy soprano sax at the center as the backdrop descends into the murky, creepy depths. A sardonically swinging march beat and Middle Eastern allusions from David DeJesus’ alto sax offer equal parts relevance and menace.

Then the group completely flips the script with a balmy nocturnal theme lit up by Nadje Noordhuis’ deep-sky flugelhorn. From there the band shifts into the final section, The Hypocrite and the Hope (an assessment of the Obama administration?), an enervatedly bustling neo-70s Morricone-ish crime jazz theme and variations, with funhouse-mirror James Shipp vibraphone and some psychedelically unhinged McAllister shredding, As cinematic, electric crime themes go, it ranks with Bob Belden as well as with the aforementioned Italian guys.

Saulnier has the orchestra follow with a lush take of Murderer, the dancing twin trumpets of Noordhuis and Philip Dizack  contrasting with its looming atmospherics. Kevin Fruiterman sings the album’s final cut, Hi-Lili, Hi Lo, reinventing a cheesy early 50s Dinah Shore hit as Alan Parsons Project orchestral pop. Considering how much new material the band will be unveiling, it’s uncertain if they’ll be playing any of this live, but if so, that will be a plus.