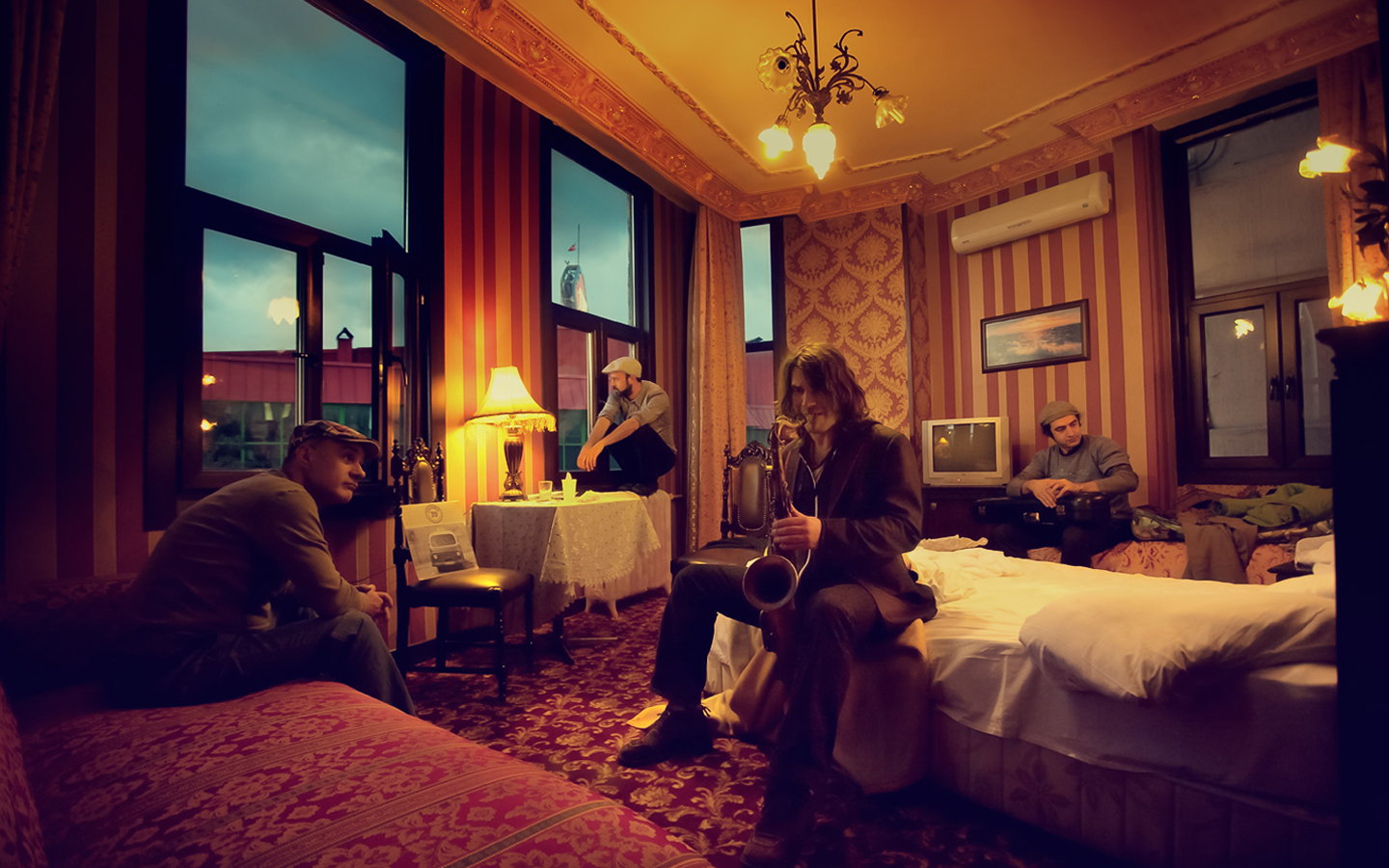 A secretive, renaissance saxophonist who travels in a multi-ethnic, trans-cultural dimension, Ilhan Ersahin embodies all aspects of the particular blend of cross-pollinated musical styles he produces. Started in 2002, his New York City club and record label Nublu, established his pioneering reputation, and he continues on a creative tear. Istanbul Sessions was formed in 2008, producing two previous albums, leading toIstanbul Underground.

This ensemble has been playing steadily since their formation, extreme liveliness and cohesion evident from the outset. Ersahin remains factual to his Turkish influences, but weaves them into an innovative blend of rock and dance grooves, sans any electronica. Relying solely on the aggressive bass work of Alp Ersonmez, drummer Turgut Alp Bekoglu, and percussionist Izzet Kizil, Ersahin’s saxophone travels from the alleys and catacombs of Istanbul, across the Sea of Marmara, and beyond.

Opening with a mid-eastern pulse, “Falling” cascades through rock and fusion with a reverb laced sax, blasting into the hypnotic trance of “Sariyer.” Urban scenes dominate “Londres,” an ode to the UK night scene; while “McCoy” travels along dark gypsy back roads, Bekoglu implementing a unique bass strumming technique as an energetic foundation for the sax to wail. The all-night escapade “Sex, Drugs and Jazz,” drones into the recesses of the mind; as “Studio 54,” shifts into full disco ahead, a nod to the hedonistic club of yesteryear. The late Gato Barbieri is remembered in “Pra Gato,” while the polyrhythms of “Tarzanca” invoke the colorful spectrum of Turkish exotica.

The sense of cinematic imagery in this music is very penetrating. There is no resisting the cerebral explorations instigated by the compositions, from wet cobblestone streets, to open air markets, or smoky, seedy clubs. The rock orientation envelopes them in modern modes, but the songs remain primeval and mysterious, as if taken from another era and hurled into the present. This is, as the name implies, underground music, performed with tenacity and purpose, extending to the borders of possibility, where there is no return.