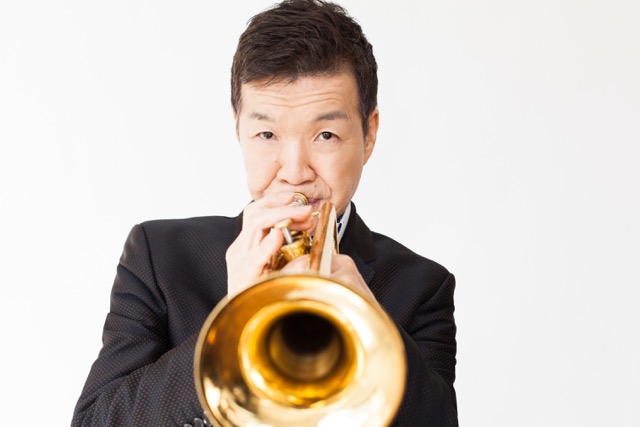 Japanese trumpet star Ohno has been a long-time respected fixture on the US scene since moving there in 1974 at Art Blakey’s invitation. He’s had his fair share of personal tribulations since, including auto accidents, drug problems and cancer, and this latest project is dedicated to the people of Northern Japan who’ve suffered since the tsunami and subsequent nuclear disaster. It’s an uplifting set; Ohno’s trumpet sound is clear and bright, beautifully controlled, and his writing is an attractive blend of contemporary jazz stylings with the open-ended 70s sound associated with Herbie Hancock’s albums for Warner Bros. Records – an association reinforced by the august presence of longtime Hancock collaborator Buster Williams on bass.

Williams’ “Song For Sensei” features Ohno’s controlled, vibrato-less mid-register, reminiscent of another member of the Hancock band, Eddie Henderson, and some exciting guitar from Bollenbeck, while Williams and Billy Drummond cook up a Latinesque-fusion storm. “Musashi” has spacey keyboards, tabla and effected cello creating a exotic soundscape for Ohno to explore, before George Yamazawa’s spoken word beat poetry makes an unexpected but sincerely effective contribution. ‘Alone, Not Alone” is built up with layers of keys and trumpet out of a kernel of the old chestnut “Alone Together”, and “Tairyo Bushi” arranges a Japanese folk song into a more fusion/soundtrack creation with a tabla rhythm. “Lea’s Run” sees the return of Yamazawa, this time as a rapper over a jazz-funk groove. “ReNew Reprise” closes the record alongside has daughter Sasha on cello. There’s an attractive sincerity to the recording, and a high degree of polish from players and production team alike, but a little less stylistic diversity might have allowed Ohno’s own personality to have shone through more clearly.