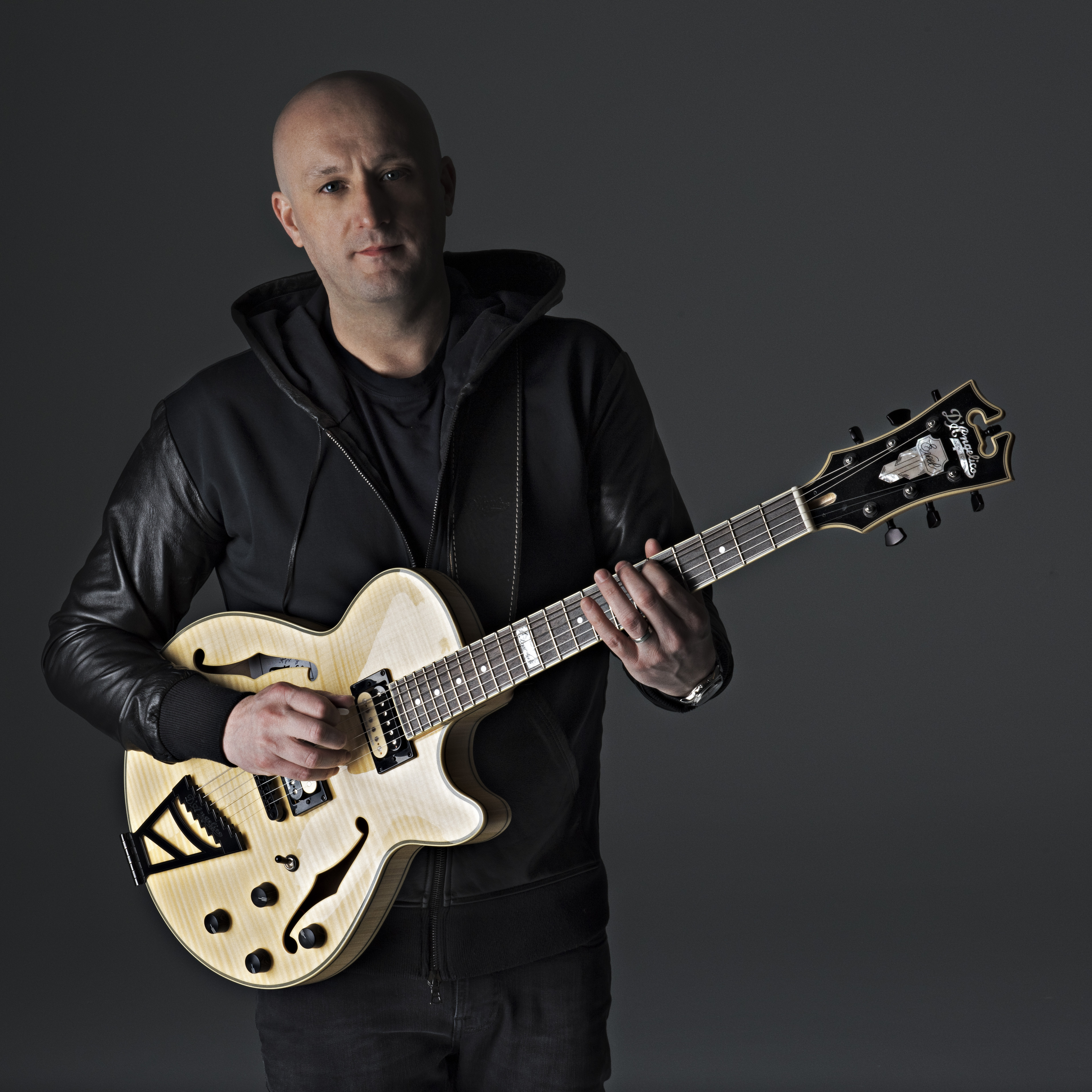 by Travis Rogers Jr., The Jazz Owl and JazzTimes

Fabrizio Sotti Shows a New Side of “Forty”

Fabrizio Sotti is nothing if not versatile and innovative, crossing cultural and categorical lines with the grace and ease of a ballet dancer. Her performed with Whitney Houston and Tupac, Randy Brecker and John Patitucci. And any Jazz cat who performs with Shaggy deserves attention. He has released three albums: This World Upside Down (1999), Through My Eyes (2003) and Inner Dance (2010).

Forty (Incipit Records INC223) is his fourth release as leader. With him are two formidable members of the Jazz community in the persons of Peter Slavov (bass) and Francisco Mela (drums). Forty marks his age and also a rebirth—of sorts—into straight-up Jazz in the trio format. He has spent much of his time producing great album for his label.

This is a trio for the ages. With Slavov and Mela, Sotti is able to accomplish whatever he wants to pursue because these guys have performed with the best and have made dreams come true for artists of all ages and stages.

Sotti describes them, “Peter is a complete musician with a strong melodic sense and a thorough Classical music background. He’s able to be free while respecting the tradition. Francisco also brings a melodic approach and is completely a free thinker. He’s a force of nature. When he swings, it swings hard; when he’s not swinging, it’s so creative, he fills up the music with something magical.”

Sotti composed all of the tracks with the sole exception of How Insensitive, which is, of course, by Antonio Carlos Jobim.

Redemption is the inaugural track on the album. It is a beautiful start with solo guitar then trio lightly opening the piece. Forget comparisons to Montgomery or Metheny; this is Fabrizio Sotti being his most personal and revealing. The Blues approach speaks to something deep within him, we can rest assured.

Slavov is melodic, indeed. His bass solo is a work of depth and emotion while Mela pins down the cool rhythms. This is lovely work from the entire trio.

Dangerous Walk kicks right off with a hard swing and Sotti gets to launch into an exercise in virtuosity. Sotti explains in the liner notes that it was “inspired by the walk of women, particularly my wife.” The movement is lively and attractive in all the right ways. You can imagine the boom-chick-a-boom accompaniment of drums watching Sophia Loren walk in some of the movies of the 1960s and early 70s. Like Dean Martin watching a women walking away and he turns to the camera and says, “She’s playing my song.”

Pay attention to Slavov and Mela working it over. This is a hot number.

Is That What You Think is another bit of Blues that Sotti wrote on the occasion of reading a rather rough review of one of his albums. (Maybe he’ll write me a ballad!) The melody is assertive or…let’s be honest…aggressive. Slavov and Mela take a strident approach.

Even with that, the melody is cool and refined. Sotti’s technique is spot-on and his phrasing is perfect. Slavov gets another smart solo and proves again why Sotti chose him. Mela is masterful with the brushes and gets a sweet broken solo of his own. This was a fun piece.

Beginning Now grabs you from the opening notes on Sotti’s solo nylon-stringed acoustic guitar. It bears description from Sotti himself. “I wrote the melody remembering a very sad day, when my mother organized a birthday party for my brother who was turning 5 or 6. Because we were a divorced family, not one kid showed up. That’s the moment that I decided that I would fight to find my happiness.”

It is a beautiful piece but full of the melancholy that comes from watching a loved one’s sadness. It is touching and emotional. One can almost visualize the face of the broken-hearted little boy as well as the anguish of the loving brother who must witness it.

What did the mother feel? Was she ashamed? Was she angry? Above all, she was wounded for her child.

Very fittingly, the song fades into Jobim’s How Insensitive. It is beautifully played. Of course, Jobim never disappoints and Sotti adds his own emotion to his delivery of the song. Slavov is just as emotional in his approach while Mela’s rim playing is almost like the tapping of the finger in anger.

The raw emotion of the song is almost overwhelming. Still, the love moves beyond the anger and disappointment into something gorgeous.

Thalia has a bit of a Caribbean feel and Mela makes it stick. Slavov carries the piece forward with his bass interpretation.
Sotti almost turns his guitar sound into a steel pan approach and the last minute of the song is like a dance on the beach.

So Far So Close is written for Sotti’s little brother. The ballad is almost a duo between Sotti and Slavov and the trades are warm and touching. There are moments of almost tears with Sotti’s bent notes sounding like a cry of absence and there are moments of fun and remembrance.

Forty is truly representative of Sotti’s playing in this moment. It starts with the hard funk groove and breaks into a cooler swing with Slavov and Mela. Sotti plays with complete abandon as he moves effortlessly from groove to groove, showing his fierce chops all the while. From flash to lush, bluesy to funky, Sotti is the master of expression. This deserves many hearings.

Intro to the Bridge is an ambient, effects-driven prelude to the finale of the album. It is a lovely touch.

The Bridge is gorgeous. It is named for the Ponte dei Sospiri (Bridge of Sighs) in Venice, the location where Sotti and his wife decided to marry. The tonality is flawless. It is an astonishingly written. The warmth of the emotion bathes the song in beauty. It is impossible to get enough of this piece or, indeed, the whole album.

Forty is a wonder. Fabrizio Sotti expresses himself with fearless abandon and reveals what beats within his heart. Peter Slavov and Francisco Mela support the moods and even enhance the moods with their easy rapport with Sotti. The writing is exquisite and the artistry of the musicians is beyond question. It is a sincere work of maturity, of wisdom, and of love.