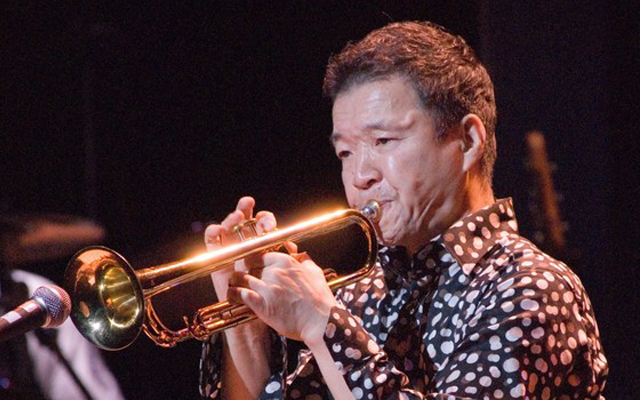 The renowned Japanese musician and trumpeter Shunzo Ohno has celebrated life in extraordinary ways both in his native Japan as well as in the US – first with Art Blakey, then with Machito and also with Wayne Shorter, Herbie Hancock and Buster Williams, John Patitucci and a slew of other magnificent musicians. Ohno has done something even more significant: he beat severe injuries to his lips and mouth, and cancer of the larynx to play his trumpet again, and even better. What better way, then to remember all of this in and unimaginably short amount of time than with a documentary short – Never Defeated: The Shunzo Ohno Story and this beautiful disc ReNew?

The music on this disc has been composed at different periods in time. It is a trove of work written for trumpet and other instruments. In in Shunzo Ohno features not only his trumpet, which he does in a chameleonic fashion, using various electronic devises to great effect, but also the human voice and the spoken word, the cello and the Indian tabla, which he manages to fit like a glove into a Northern Japanese folk song ‘Tairyo Bushi’ as well as in his iconic piece ‘Musashi’, a work that celebrates the undaunted spirit of the samurai, something his own life and its battles might easily compare with. It is almost uncanny how much this music recalls the same unbreakable spirit of the blues and how much the playing of Shunzo Ohno resembles the work of the same spirit that is exemplified in the work of the legendary bluesmen.

Everything is disarming, whether the composer is paying tribute to the musical atmospheres and aromas of his homeland or embracing elements from assorted cultures – India, Nepal and of course, the US. Jazz lies at the heart of the music – from ‘Easy Does It’ to ‘ReNew Reprise’ – in which piano, bass, drums and percussion, tabla and cello trade phrases and exult in asymmetrical rhythms and harmonic pungencies. ‘Musashi’, the centrepiece of the album, abounds in fresh gestures and great virtuosity drawn from various inspirations, and includes an enchanting three-way conversation between the human voice, the tabla and the trumpet not to mention a relocation of the legendary qualities of character, bravery and spirit of the samurai, to the landscape of music.

Shunzo Ohno is equally compelling in the solo realm. His whispering ethereal wail speaks wonderfully on ‘Tairyo Bushi’ as he transforms traditional Japanese music into a challenging and affecting web of ideas for the trumpet as he celebrates his country in many-splendoured tonal colours, evoking a range of soundscapes. The music of this piece, as well as the monumental ‘Musashi’ have been written to glorify Japanese character, which shapes the works’ haunting and savoury content with glistening virtuosity. Bassist and musical soul mate Buster Williams, drummer Billy Drummond and percussionists Cyro Baptista, guitarist Paul Bollenback as well as spoken word artist George Yamazawa and cellist Sasha Ono also make charismatic contributions on this memorable recording.