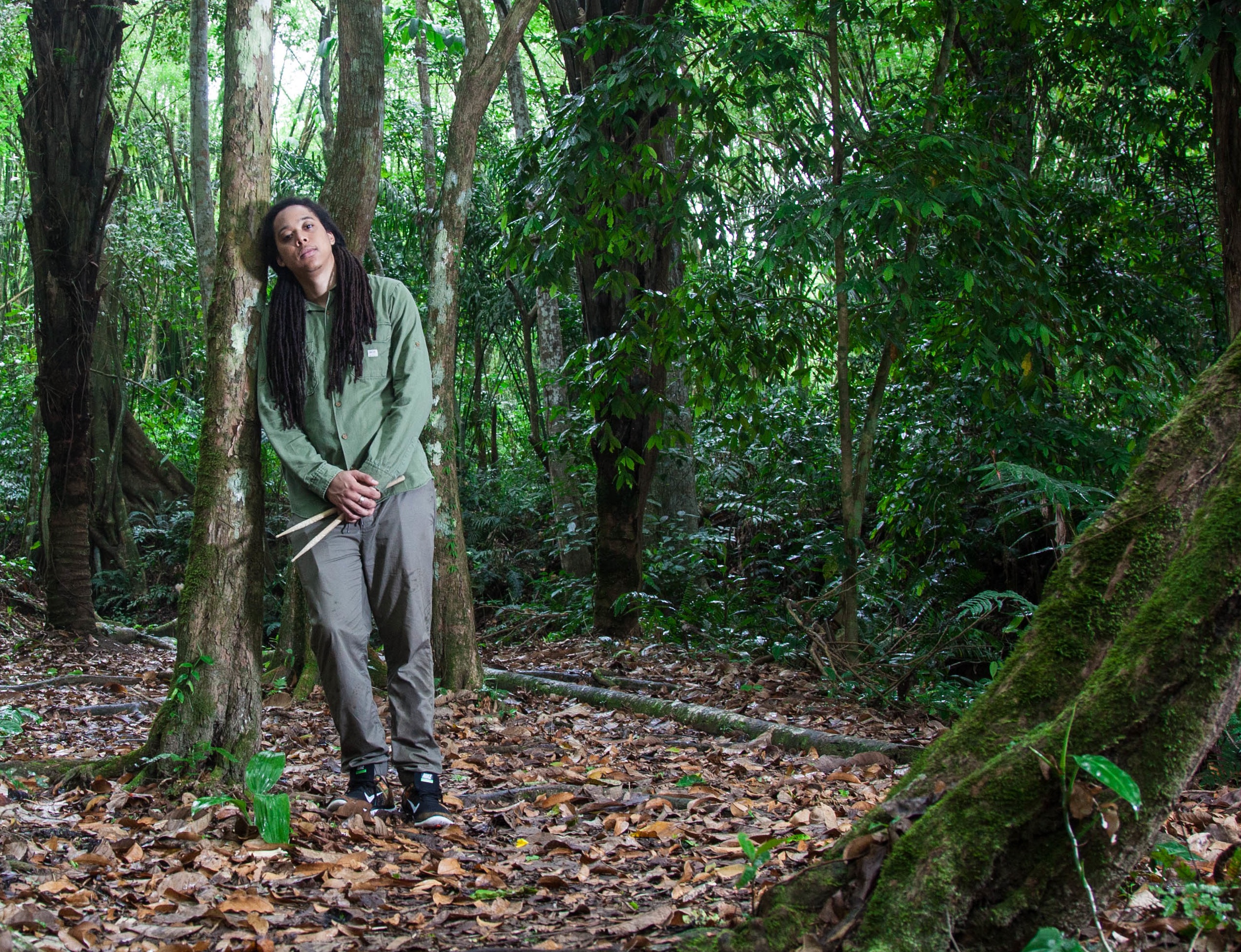 By Rian Nurse, Large Up

Caribbean jazz is enjoying a burgeoning Renaissance buttressed by young, up-and-coming talent as well as a growing demand for alternatives to seasonal festival music. The St. Lucia Jazz Festival celebrates its 25th edition this April through May, and Tobago Jazz, also in April, has become a marked event on the calendar of international jazz lovers. With its multi-cultural and diverse citizenry, it is no wonder that the Caribbean has spawned several flavors of jazz, including Kaiso Jazz, Reggae Jazz and Pan Jazz. The latter has the distinction of tempering the cool sounds and soothing melodies that traditional Jazz is known for, with the excitement of Caribbean Pan music. Among the jazz musicians hailing from Trinidad & Tobago are Kaiso jazz pioneer and pianist Clive “Zanda” Alexander, folk jazz icon Andre Tanker, accomplished pannist and arranger Etienne Charles and the late Ralph MacDonald, a versatile percussionist.

Add to this list Zane Rodulfo. The young drummer, born in Trinidad and based in New York City, brings his formal training, Trinbagonian and American influences. and expert tutelage to fruition on his debut EP, Pathways, which features five distinct tracks: “Abiku,”“Trismegistus”, “Seek,” “Retrospect” and “Hourglass.”

“This album is somewhat of my formal introduction as a drummer and composer,” Rodulfo explains. “It is an amalgamation of my musical, and life experiences and influences thus far — particularly and importantly, being Trinbagonian born-and-bred, and an immigrant to the U.S. It is an homage to the various Pathways— personal, spiritual, developmental … that took me to where I presently am and am going.”

With their fusion of jazz and pan, the heterogeneous tracks should appease the soul of Caribbean listeners, as well as those who appreciate the character within the DNA of all Caribbean music. “I found it important to use particular elements of Afro-Trinidadian and Afro-Caribbean music, especially the steelpan,” Rodulfo notes, “to not only accentuate myCaribbeanness but also place it in a musical environment I always wanted to hear it in — something I will definitely be exploring more.”

Rodulfo composed the first four tracks on the EP. The final track, “Hourglass” was composed by another son of  Trinidad, Marvin Dolly, who also accompanies on guitar.Other players on the set include the U.S. Virgin Islands’ Victor Provost on the steelpan, Luques Curtis (who is of St Marten and Puerto Rican parentage) on bass, and Trinidadian Earl Brooks Jr., also on steelpan, as well as Americans Dayna Stephens, Nir Felder (guitar) and Noble Jolley (piano). “Camaraderie is important,“ Rodulfo explains. “Caribbean musicians have a certain understanding, experience, vibe and approach to the music that is incredibly unique and crucial to the sound and message I seek to deliver.”

Give Pathways a listen below, ahead of its Friday release through Revive Music.