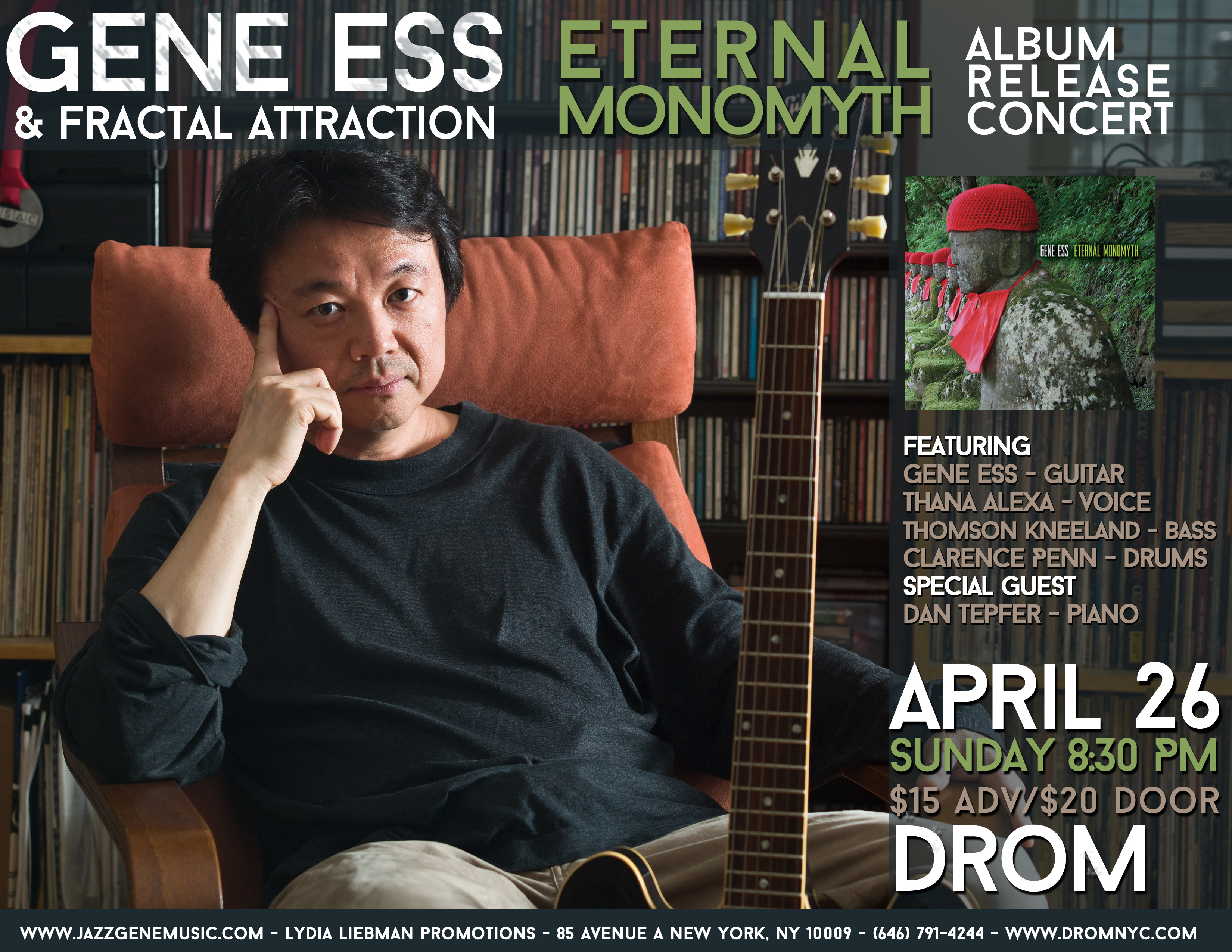 “He has achieved a delicate tonal balance that unites this ‘song cycle for quartet,’ as Ess subtitles the album, perhaps echoing John Coltrane’s A Love Supreme, also for quartet. While a listener might think of Pat Metheny or John Abercrombie or even Grant Green now and then, Ess here really sounds like no one else on guitar: he is his own man. Ess is a full-fledged master of taste and touch. His solos are model essays of eloquence and compression.” -Wayne Zade, All About Jazz

The diverse background of award winning guitarist Gene Ess has had a profound effect on creating his unique style. Gene’s musical background began with the study of classical piano with a focus on the works of Beethoven and Chopin. Though Gene is originally from Tokyo, Japan, he grew up on a United States Air Force Base on Okinawa. This experience led him to be exposed to a mix of cultural influences ranging from indigenous music of Okinawa to the pop and jazz music that flowed from the clubs that catered to American soldiers.

‘Eternal Monomyth’, the latest album from Gene Ess, will be formally released on April 27, 2015, following the album release celebration at Drom. This set of new music continues Gene’s exploration of using the voice as an instrument in a chamber group setting. The album is a companion piece to the SESAC Outstanding Jazz Award winning album ‘Fractal Attraction’, which garnered international acclaim and peaked at number 3 on the national jazz radio chart.

Joining Gene is a stellar lineup featuring some of the most sought after names in jazz including vocalist Thana Alexa, (winner of the 2011 Jazzon Alpe-Adria International Award), bassist Thomson Kneeland, world-renowned drummer Clarence Penn and special guest, pianist Dan Tepfer.